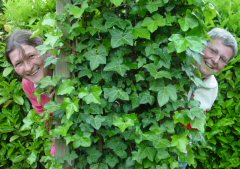 In 1993 seven mothers with children at the ’Vrije School Mareland’ in Leiden made dolls and season-table figures for the annual fair. A Leiden shopkeeper invited the group of mothers to sell their season-table figures in his shop. Unfortunately, the shop left Leiden after five months but sales went well. Two mothers were left, Monique de Bruijn and Heleen Janssen. They decided to continue the business in another shop and went to the Chamber of Commerce to make things official.

This was the beginning of ’Hompeltje and Pompeltje’. Ever since the line of dolls and especially season-table figures has been extended. However, we remain loyal to our original starting points: